I’ve got another module I’ve been working on, and just pushed a lot of work into a new release. 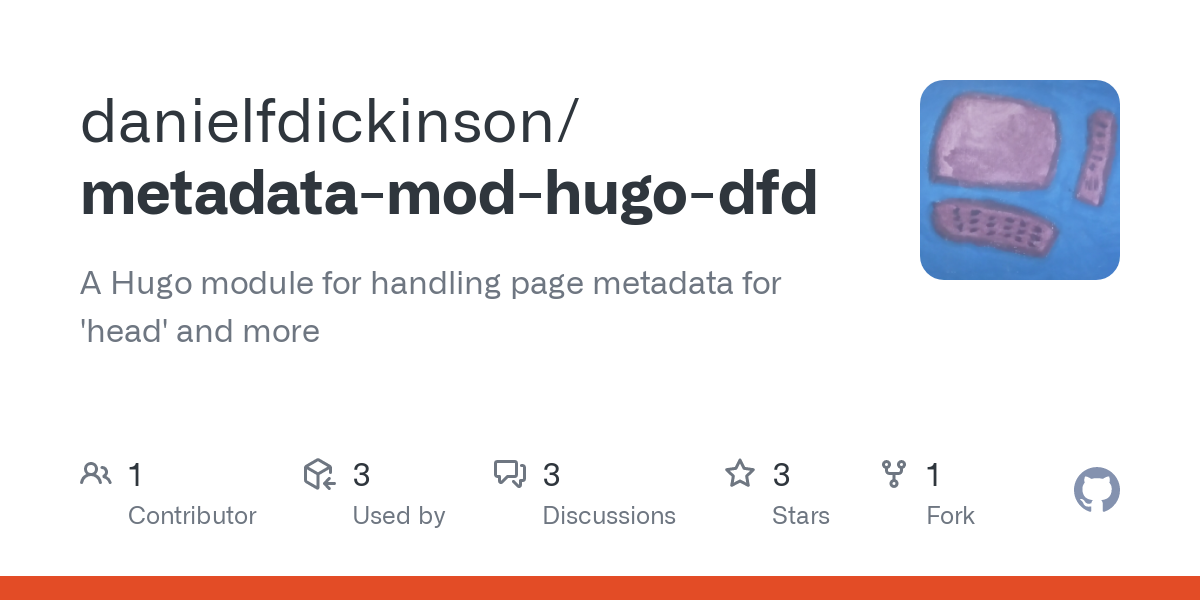 As usual it is intended as become a ‘black box’ for a them (to be developed) so is likely more complex than what those who want to ‘roll-their-own’ want, but perhaps it might be useful as an educational tool for those who are.

Hopefully this proves useful to others.

As an aside, your use of the term “microformat” got me thinking about https://microformats.org/ (microformats2). I actually embed mf2 on my website. Your module is for easily adding the HTML meta tags. Are they actually called microformats?

@kaushalmodi Other people use the term; I’m pretty sure the term existed before https://microformats.org (i.e. they didn’t invent the term, to my knowledge; in fact the term microformat is something that has been bandied about in an informal way for decades). So they are not mf2 microformats, but they are small schemas (not to be confused with schema.org which is another example of trying to take ownership of a pre-existing term) / groups of data to describe something.

This whole business of taking a computer science term and staking claim to it annoys me, TBH. It makes it harder to talk clearly about the concept. Fortunately they can’t trademark the terms because they are actually considered generic terms due to prior art.

I see that even mozilla acknowledges the use of “microformats” term for h-card and other classes (which is the mf2 or microformats2 meta data): Microformats - HTML: HyperText Markup Language | MDN.

Microformats emerged around 2005[note 1] as part of a grassroots movement to make recognizable data items (such as events, contact details or geographical locations) capable of automated processing by software, as well as directly readable by end-users.[3][note 2] Link-based microformats emerged first. These include vote links that express opinions of the linked page, which search engines can tally into instant polls.[4]

CommerceNet, a nonprofit organization that promotes e-commerce on the Internet, has helped sponsor and promote the technology and support the microformats community in various ways.[4] CommerceNet also helped co-found the Microformats.org community site.[4]

Neither CommerceNet nor Microformats.org operates as a standards body. The microformats community functions through an open wiki, a mailing list, and an Internet relay chat (IRC) channel.[4] Most of the existing microformats originated at the Microformats.org wiki and the associated mailing list[ citation needed ] by a process of gathering examples of web-publishing behaviour, then codifying it. Some other microformats (such as rel=nofollow and unAPI) have been proposed, or developed, elsewhere.

MF2 is a set of microformats, but not the only set.