Why is the site not accessible? 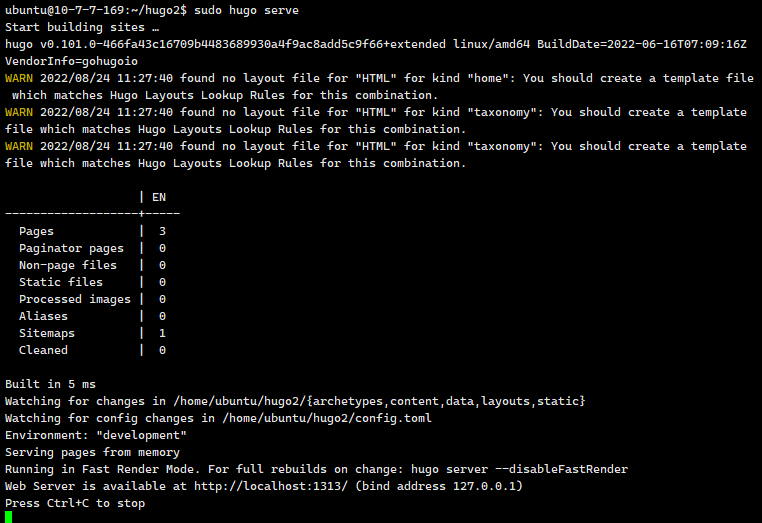 Can anyone help me?

Now,i run a hugo site via docker,it can access:165.54.72.194.But,i run it via ubuntu deb,the hugo server is running fine, there is no error message, as shown in the picture of the problem.
But it’s terrible,browser not responding, I confirmed that the ports 1313 and 80 involved are open.
Is there something important here that I’ve forgotten?

Who is “it” here? The site? The docker container? Something else?

But,i run it via ubuntu deb,

And, by the way: This has nothing to do with Hugo. It is about your setup and the virtual network you’re using. People from the docker community should be better positioned to help with this.

I have successfully deployed my site via docker hugo, and the site is now accessible correctly, but no matter how many times I try to run it from the ubuntu installer (hugo-xxx.deb), the site is not accessible

Thankfully, hugo server --bind 0.0.0.0 command worked, I may have made a very low-level mistak