Crossposted at the behest of r/SatoshiThreepwoodMP, of the Hugo subreddit.

Hugo, despite being an excellent static site generator for literally any other use case, makes it unreasonably difficult to get a single page of unformatted, uncomplicated, HTML serving to your localhost. As a result people, myself included, often pick it up, fiddle with it for 5 minutes, and then set it down again, because the theming is just too complicated.

Hence this repo. It contains two scripts in the README.md - one that initializes a new theme from scratch which actually shows the Markdown we wrote in _index.md upon running hugo server -D, and one of which pulls in the repo itself as a submodule (although that is neither necessary nor recommended - this is literally the Minimum Viable Theme.)

I have a similar one with a slightly different use case–rather than minimum-viable, it’s meant to be a working starting point. What I do is create a new project, add this as a theme, and keep it there until I’m not using it at all any more. 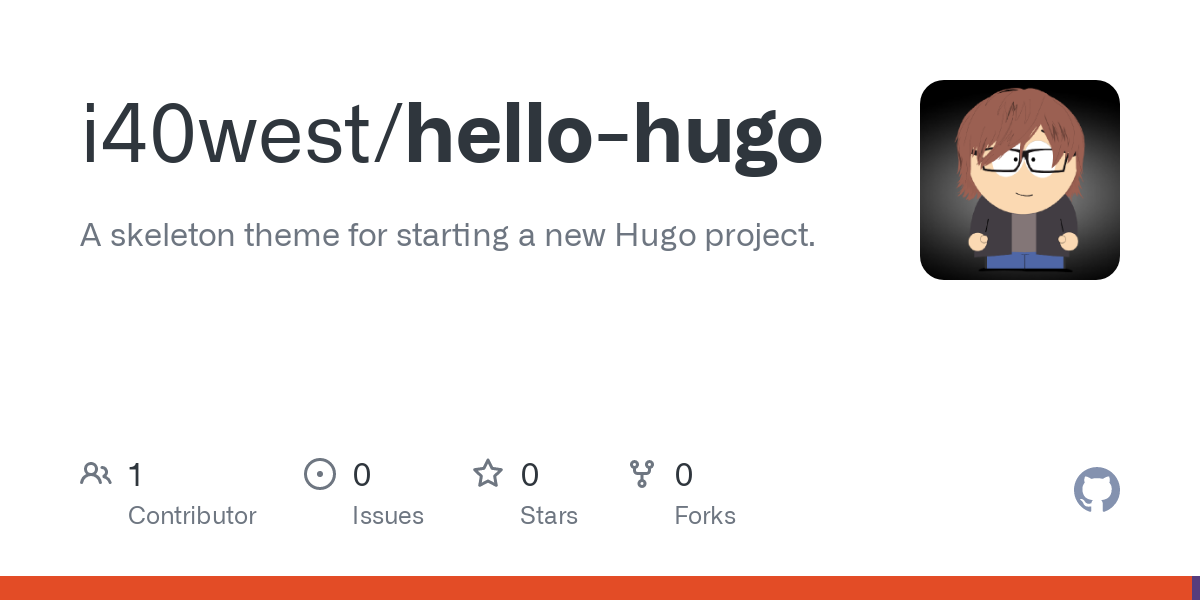 A skeleton theme for starting a new Hugo project. Contribute to i40west/hello-hugo development by creating an account on GitHub.