Since hugo is so fast, it is easy to write and develop your site on a local machine. However, when it comes to deploying, I am still uploading the files to my VPS by hand.

So, do you guys have some tips and tricks for a fast and easy deployment strategy? Do you use rsync, bittorent sync, git, something else?

I deploy to github, so it has to be git. If I was deploying to a server, I’d probably use rsync.

I deploy using git and a post-commit hook. Locally, I do this:

And git on the web server catches the changes, then runs hugo (on the server), to generate a fresh public copy into the web root.

It’s an adaption of this strategy meant for Jekyll.

I’d be happy to write it out in more detail if you’re interested.

@acodispo It would be great if you could write it out. I think a lot of people would benefit from detailed steps.

@acodispo, How have you managed to run Hugo on GitHub server? Or do you run git on some other server?

For all those who’ve indicated an interest, I wrote out how I set up my current deploy process: http://www.andrewcodispoti.com/deploy-process/

I apologize for the roughness of it; consider it a first draft. I’d appreciate your comments or questions, so that I can clarify the rough points. I did run through these directions myself just now and they seemed to work fine, for the most part.

The only major stumbling point is in step 1, setting up a Hugo site. I couldn’t figure out how to include themes via submodule in the bare remote on my server (my site was first built before Hugo had themes). If anybody can help me with what to do at that point, I’d appreciate it. The workaround is to create your own layout files and not use a theme.

@abirger, I actually host my site on a shared server, Dreamhost.

When I am ready to publish for public consumption I use an alternative launch of hugo from a “production” bash script to direct the Hugo rendering to an alternate directory that is set to automatically sync (goodsync) to an S3 bucket that is referecened by my domain url.

Although I wish my script could also change the baseurl in the config file for the production run. So at this time I edit that first and the edit it back. There were other discussions about getting Hugo CL to accept alternate config files. To me that would work nicely with the way I do things.

What has been decided on development/producntion workflows?

You can specify baseurl ( and most options ) as flags and they will override the values in the config file.

You can also pass in a flag to point to a different config file.
Environment variable support to come soon.

Why do you need to change the baseurl for production? When running locally, hugo will automatically swap out your baseurl’s domain for localhost:1313, so you shouldn’t need a different baseurl at all.

I’ve been using Grunt for things and love it. So I can run “grunt dev” and “grunt deploy” and so on. Of course this requires Node.js (but only on your machine, not your server). You also easily gain the ability to run various commands on things, like minifying CSS, JS, etc. The other cool thing is I pop open a web browser when I type “grunt dev” so it starts Hugo and opens up to my site (see the “open:devserver” command).

Here’s my package.json so if anyone wants, they could basically copy this and run npm install. Then have The same grunt commands to use. Ensure this goes alongside your Hugo site. Or in other words, “public” and “themes” and “layouts” should all be sitting next to your Gruntfile.js and package.json.

For people who use gh-pages on GitHub, I highly sugges using the approach/script below instead of the subtree method. This creates much less comit-noise (avoide the double commit …): 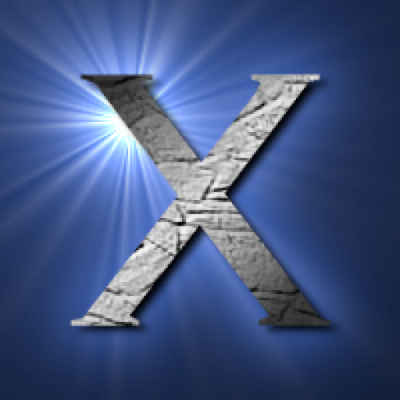 deploy a directory as a git branch. Contribute to X1011/git-directory-deploy development by creating an account on GitHub.

@spf13 first post here - first, thank you for Hugo. It seems like a great environment, with a vibrant community.

That rsync deploy makes sense to me, but, are you keeping any part of your site’s source tree in a git repo as well? How are you getting around the theme submodule issue mentioned in this thread.

Thank you in advance,
Rick

I use travis-ci with github to deploy. It works well for me.

Here is my write up on it -> http://www.sheki.in/post/autodeploy-hugo/ (i know its a plug)

Demo site should be here: http://cloudunicorn.github.io/hblog/

Can anyone tell me what I’m doing wrong? Seems canonical links are in the demo code, but not my headers. I’ve followed these instructions exactly, so many times. It must be something simple I’m missing, thanks.

I took a quick look at your site, and here are my observations:

Yes, you got it. The current Hugo port of Lanyon theme assumes that your website is placed in the root directory of your domain. Since you have placed your blog under the /hblog subdirectory, that theme does not work out of the box.

How to fix it? Try using the hyde or herring-cove themes instead. These were ported by Hugo’s author @spf13 himself, so this subdirectory issue has been taken care of.

So, no, I don’t think the CSS-fails-to-load issue has anything to do with http://gohugo.io/tutorials/github-pages-blog/ . Your blog has been deployed correctly. It is just that you’ll need to tweak your “partials” to generate the desired HTML output to load the CSS files properly.

Thanks so much for the detailed response.

Is the demo not at a subdirectory? The URL is baseurl: “http://spencerlyon2.github.io/hugo_gh_blog” as seen here: https://github.com/spencerlyon2/hugo_gh_blog/blob/master/config.yaml

and live site is at http://sglyon.com/hugo_gh_blog/

And demo specifically says to use Lanyon. Only pointing out in case I’m not alone in following the demo instructions and running into this?

I fixed my issue by adding {{ .Site.BaseUrl }} to the css links so they read:

I don’t think the demo makes it obvious in any way this needs to be done, and it very much appears that the site will be served to a subdirectory of your github account.

I’ve seen lots of discussion about how to make Hugo approachable to ‘normals’ and this is where I’d start! If I can I’ll try to fork and edit myself.

Is the demo not at a subdirectory? The URL is baseurl: “http://spencerlyon2.github.io/hugo_gh_blog” as seen here: https://github.com/spencerlyon2/hugo_gh_blog/blob/master/config.yaml

And demo specifically says to use Lanyon. Only pointing out in case I’m not alone in following the demo instructions and running into this?

I don’t think the demo makes it obvious in any way this needs to be done, and it very much appears that the site will be served to a subdirectory of your github account.

I’ve seen lots of discussion about how to make Hugo approachable to ‘normals’ and this is where I’d start! If I can I’ll try to fork and edit myself.

Thank you for discovering these issues with our tutorials! You are absolutely right that we need to make Hugo approachable to newcomers, and fixing such problems our tutorials should be a top priority for our community indeed.

I am sorry that I spoke before I read—I did not read through the whole http://gohugo.io/tutorials/github-pages-blog/ tutorial myself, and did not know it specifically mentions the use of the Lanyon theme.

Looking deeper, it seems @spencerlyon2, who contributed the original tutorial very early in March 2014, had ported the Lanyon theme himself, rather than using tummychow’s https://github.com/tummychow/lanyon-hugo referenced by hugoThemes. My assumptions in my last post were incorrect.

Anyhow, moving forward, we have a few action items to work on:

Thank you @cloudunicorn for your comments and contributions! Your suggestions help our Hugo community to grow and become better!

Looking yet deeper into this, it seems that the real reason @cloudunicorn ran into problem was not because @spencerlyon2 forgot to put in {{ .Site.BaseUrl }}, but rather, it was not necessary to add {{ .Site.BaseUrl }} with Hugo v0.9 or Hugo v0.10, the latest stable version when @spencerlyon2 wrote his tutorial, because Hugo v0.10 by default “canonify”, i.e. automatically add the baseurl to all relative URLs!

I wonder what happened… Hmm… More investigation needed, to find out which commit between v0.11 and v0.12 is responsible for the undocumented behaviour change, i.e. bug.

So, yet another possible answer to your question, @cloudunicorn, is simpler: Rather than adding {{ .Site.BaseUrl }} manually, you may alternatively add canonifyurls: true to your config.yaml, which will result in a correct and identical HTML with the correct URLs to your stylesheets.