Pictures not shown, because bundle folder has uppercase and Hugo creates lowercase folder

I’m not even sure whether this is an Hugo issue, or whether it should be mentioned with GitLabs CI-CD.

The TLDR is that hugo is creating a lowercase folder to shove the index.html into, while the image is in a folder with an uppercase in it (the original “nameXY.md” also has those uppercases). This causes the html to be unable to reach the image and it does not show up.

I have created a pipeline with multiple stages, to act as an internal “Hugo preview” for changes on content files. When merged to main the changes will be pushed to another repo that is public. On both I’m working with GitLab pages.

Until deploy stage it all looks good. I checked the different artifacts and they were still fine. But then I noticed that on the last artifacts, the ones I download are different to what I see when I browse them in GitLab. There are two folders in GitLab (probably also linux systems, I did not test that).
The folder with uppercase contains the image, the lowercase one contains the .html file, so the html cannot find the picture with the relative path that is used. 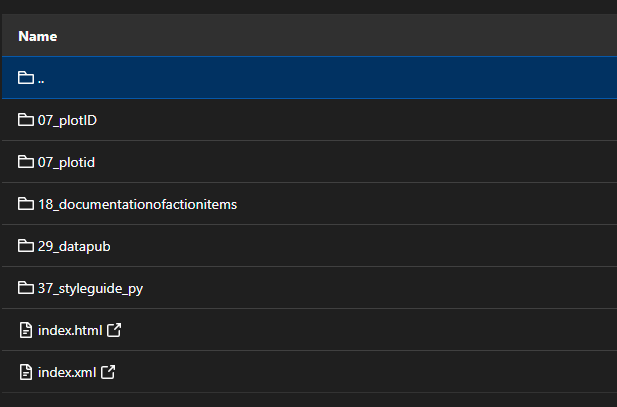 So now the question is: is this a bug ?
(In my opinion Hugo should either create a folder that fits the filename exactly OR make sure that present folders are changed to all lowercase accordingly.)

If this is intended behaviour, do ppl have workarounds? I have thought about making all files and folders lowercase by default (with a CI-CD job) and also parsing all Markdown-files for filepaths and change them to lowercase, but I thought I’d ask first.

I should’ve known there was an option like this. Thanks a lot!

Nevertheless I believe that this behaviour is still incomplete, since it produces two folders with the same name but different spelling (upper-/lowercase).
I cannot think of any situation where this would be the expected or wanted behaviour.

since it produces two folders with the same name

I can’t confirm your find. Did you clean the destination directory, e.g. with flag --cleanDestinationDir.

Do lower/uppercase folders have the same content after build?

I did not clean the destination directory, but since it is a Gitlab Runner its usually creating a fresh (reseting git repo to head) environment (at the start of the job)

I’ll try to provide/recreate a simple example repo that showcases the issue within the next few days.

Hi @mahoromax ,
We are also facing the same issue but using different CI/CD. So looks like its the hugo behavior. Did you get any information about why its happening?
Thank you very much!